This glossary is a guide to the most common terms in statecharts and state machines.

A state machine is a model that describes how the state of a process transitions to another state when an event occurs.

Statecharts are a visual extension to state machines enabling you to model more complex logic, including hierarchy, concurrency, and communication.

You may have used similar diagrams in the past to design user flows, plan data transformations or map app logic. Statecharts are another way of using boxes and arrows to represent these kinds of flows. These flows are also executable code you can use to control the logic directly in your application code.

A state describes the status of the machine. This status defines how the machine behaves when it receives an event. A state can be as simple as active or inactive. These states are finite; the machine can only move through the predefined states. Machines can only be in one state at a time. Parent states and parallel state can be used to express an overall state that is the combination of child states.

States can contain more states, also known as child states. These child states can only happen when the parent state is happening. 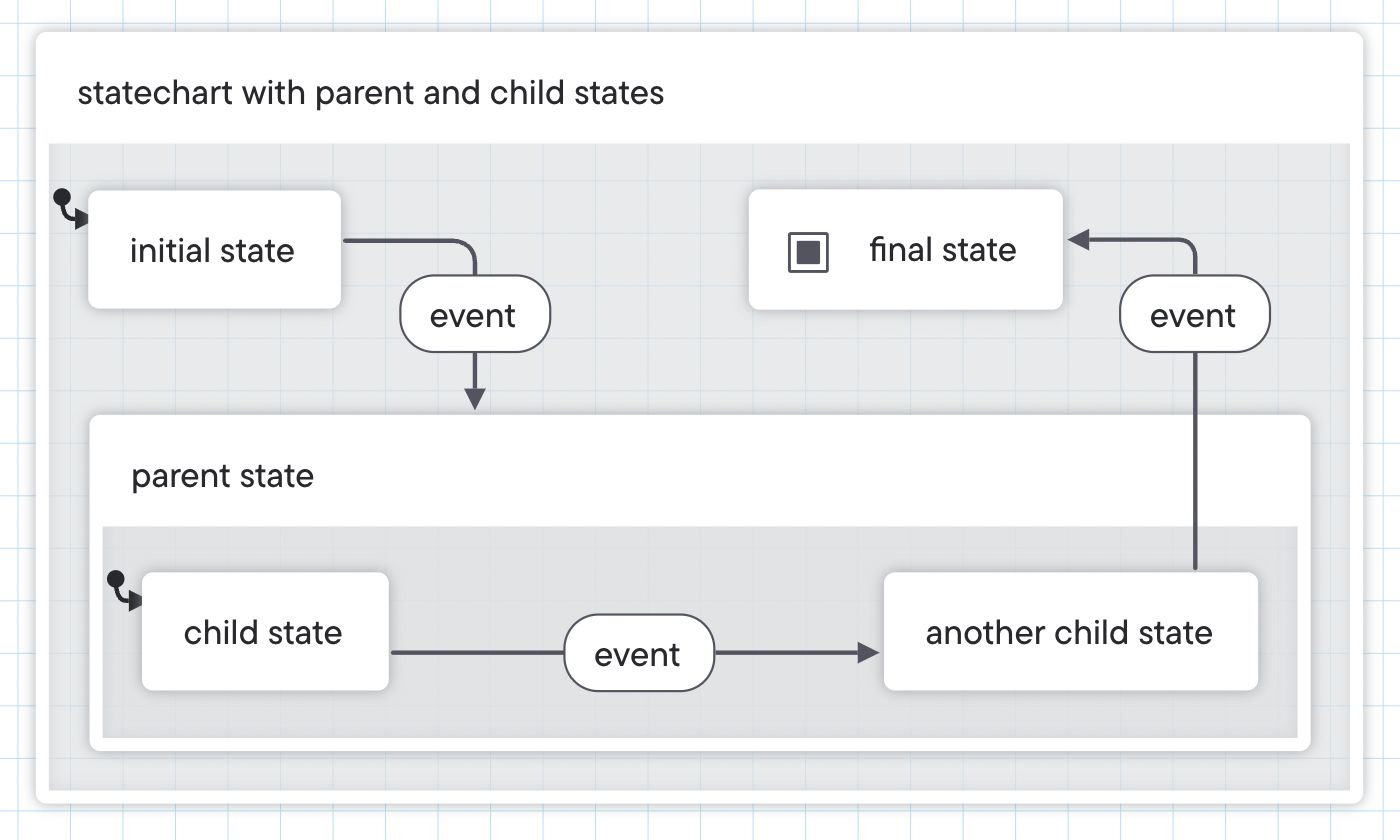 When a machine reaches the final state, it can no longer receive any events, and anything running inside it is canceled and cleaned up. The icon represents the final state.

A parallel state is a parent state separated into multiple regions of child states, where each region is active simultaneously. Regions are represented by a dashed line around each region. 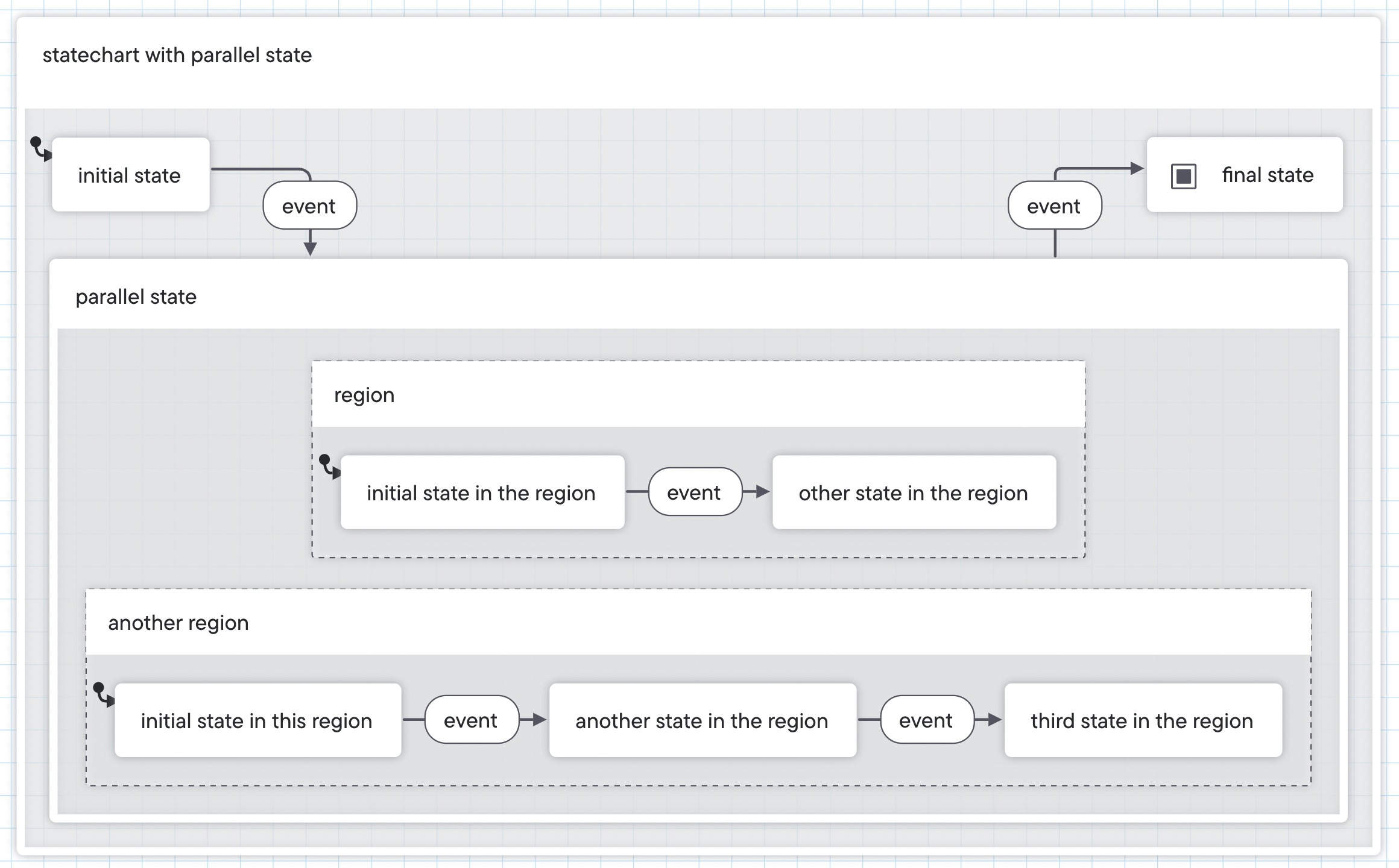 A history state returns the machine to the most recently active state. The icon represents the history state.

The history state can be deep or shallow:

A machine moves from state to state through transitions. These transitions are caused by events. Events are deterministic; each combination of state and event always points to the same next state.

A statechart is an executable model of an actor. When you run a statechart, it becomes an actor; a running process that can receive messages, send messages and change its behavior based on the messages it receives, which can cause effects outside of the actor.

While the statechart actor is running, it can run other processes called actions.

An action can be fired upon entry or exit of a state and can also be fired on transitions. Entry and exit actions are fire-and-forget processes; once the machine has fired the action, it moves on and forgets the action.

An invoked actor is an actor that can execute its own actions and communicate with the machine. These invoked actors are started in a state and stopped when the state is exited.